"You've been put on board of a police car which is driving the wrong way through a highway. Lots of cars are driving your direction (well, actually you are driving their). The crash is impending. The only thing that can avoid it is your driving ability, your reflexes. The other cars won't change their way, you are the one that must use screenpad or tilt controls to switch between tracks and keep away from the others. How long will you last?"

It's good to see how games evolve positively from its first version. That's Freeway Racer series' case. First version of Freeway Racer introduced a highly entertaining game genre (kamikaze racing game), however, it had to be enhanced, specially regarding controls and graphics.

Freeway Racer 2 looks and feel different. Better. Graphics aren't still outstanding, nevertheless, the game has been clearly improved in that direction. Same can be said regarding controls: both tilt and screenpad controls are now performing better response. That directly impacts on game's playability. Of course, enhancing it.

Some points are still "improvable". For example, there aren't online leaderboards yet. And, above all, there's still only one game mode: survival-like, that's it, you've got three lives, when you run out of them, the game's over. That easy. The longer you get (in miles) the higher you'll hit the leaderboards.

Despite, the game is now more playable and way more addictive. 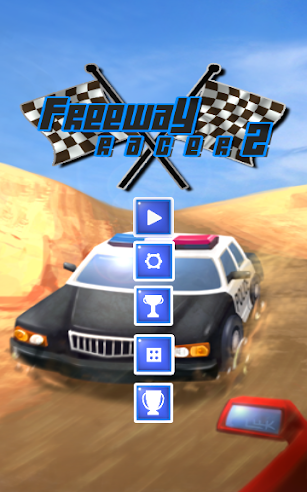 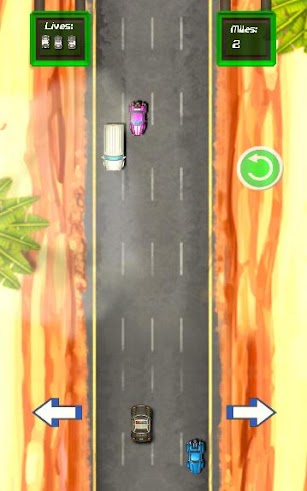 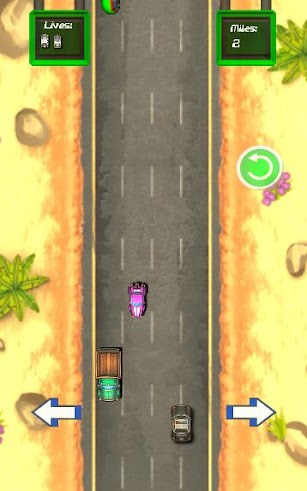 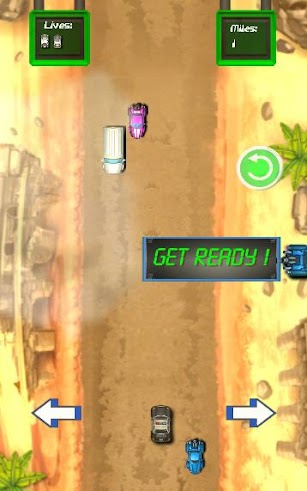 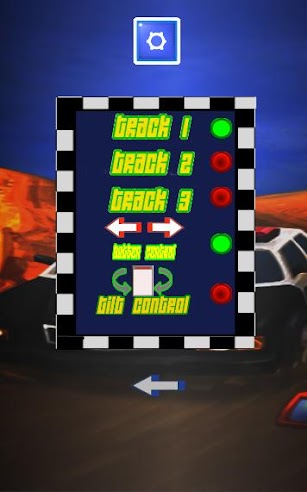